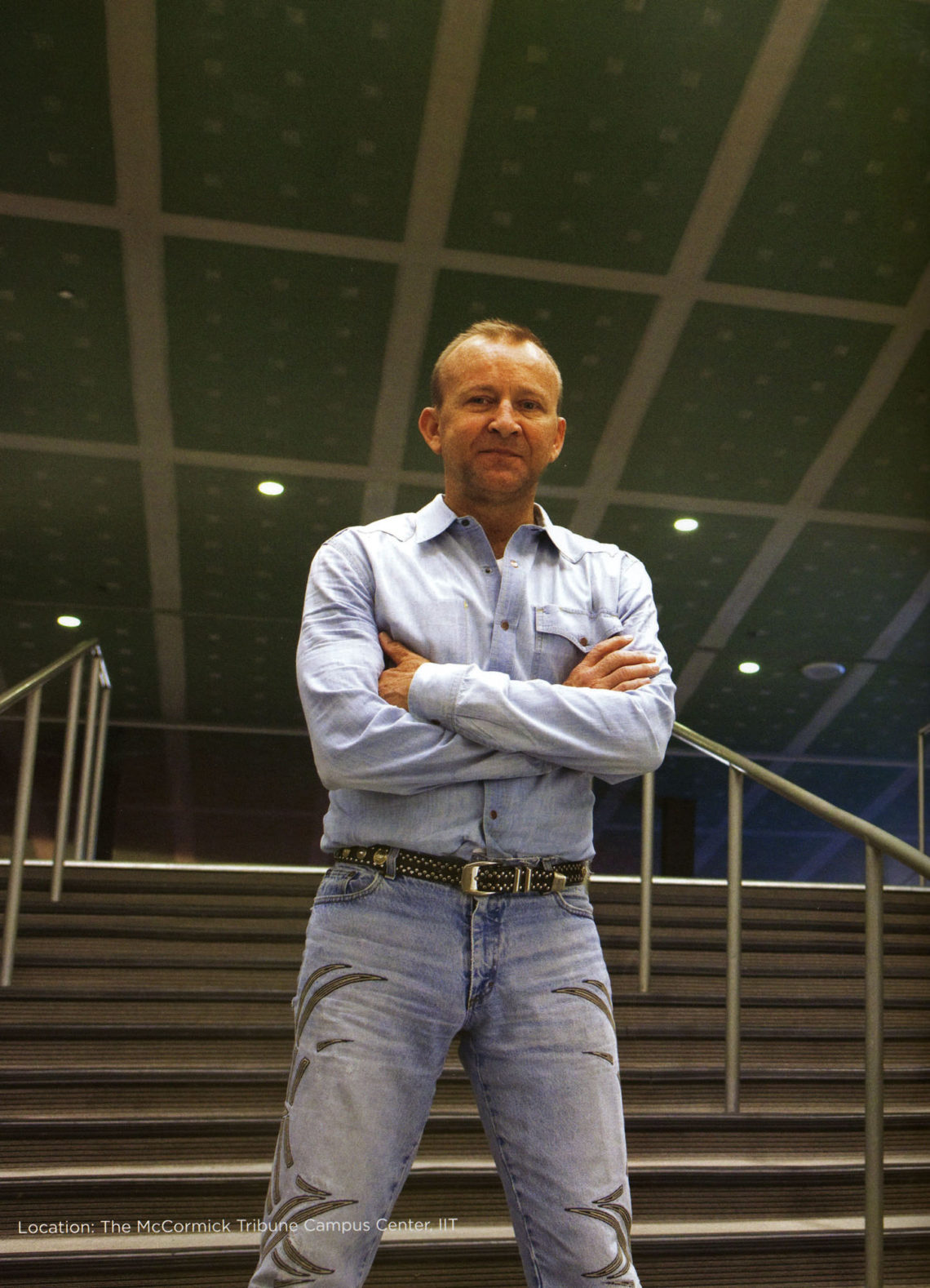 On January 21 the first case of the Coronavirus was detected in the United States, in Seattle. The following day President Trump made his first remark about it telling the world “…we have it under control. …It’s going to be just fine.”

Immediately thereafter, the Chinese government shut down Wuhan. That is when it made its first impression on our lives. Steven and I were renovating our newest home and some of the products were coming from there. In fact, one of the employees of the company we were working with was stuck in Wuhan and no one knew when he could return to the States and his family. That made us a tiny bit nervous.

By the end of January the White House formed the Coronavirus task force led by our Vice President. The virus was spreading.

Our Commerce Secretary, Wilbur Ross, tried to put a positive spin on the situation stating the Coronavirus would help accelerate the return of manufacturing jobs to North America. President Trump confirmed this by adding “We think it’s going to have a very good ending for it. So that I can assure you…”

Meanwhile, the World Health Organization declared a global health emergency warning people over 60 years old and those with underlying medical conditions (such as cardiovascular disease, diabetes, chronic respiratory disease, HIV, organ transplants and cancer) are at a higher risk for catching and dying from the disease

Several years prior to all this I endured a horrific case of pneumonias which damaged and scarred my lung tissue. The thickened, stiffer tissue makes it harder for my lungs to work properly when there’s nothing wrong with me. The walls of the tubes enabling air in and out of my lungs were also thickened making breathing more difficult.

Steven and I had serious conversations about this deadly disease. He was glued to the TV trying to make sense out of the varying theories and reports coming from our President, the National Institute of Health, the Center for Disease Control, the National Institute of Allergy and Infectious Diseases, the World Health Organization and every doctor, professor, and pharmacologist around the globe who had an opinion.

When the New York Times revealed the National Security Council’s biodefense experts looking into how to quarantine a city the size of CHICAGO we quarantined ourselves. It was hardly a thing yet. None of the States had considered such extreme actions but starting the third week of February I was confined to the master bedroom suite. Steven lived in the rest of our condo since he prepares our meals and took care of the rest of life’s must do’s. He did not visit any family or friends in our home or anywhere else. We were detaching ourselves for the duration. I could not risk exposure to the deadly COVID-19 virus.

I needed to exercise daily to stay in shape and compensate for all the food Steven was serving. Unfortunately, we did not raise the ceiling in the master bedroom during our renovation otherwise, I could have used the bed as a trampoline acquiring a great workout. On our 75” TV I turned on YouTube and watched old disco music videos trying to dance along. Love the music and dance moves even though some of them were hard to perfect on carpeting with my prosthetic.

Dance. Watch everything on Netflix. Eat and Facetime. That was my life and for the most part I was OK with it. I was NOT going to get this and our President promised, “…it’s going to work out fine.”

After three weeks of isolation I started coughing which I felt was Bronchitis. In the past six months I had been diagnosed with it twice. An inhaler and antibiotics were prescribed both times which provided the remedy. I had a very low-grade, almost non-existent fever of 99 – 99.2 but my oxygen level was normal.

I drank a lot of tea, sipped homemade chicken soup for lunch and dinner and stayed locked up in the master bedroom. Despite these efforts the cough did not want to go away.

With all the time and precautions we had taken I did not want to go to my doctor’s office and risk exposure to COVID 19. I was shocked to learn Dr. Lee’s office was actually open. So many doctors closed their facilities to hold virtual appointments. However, it was inevitable. I had to go. Dr. Lee could not get blood from a virtual meeting.

Fortunately the doctors’ offices were totally empty minus the nurses and other doctors. Dr. Lee examined me immediately believing my symptoms were not indicative of COVID 19. However, her office did not have the required test. I was surprised because on March 6 President Trump announced “anybody that wants a test can get a test.”

He just didn’t say we had to go to South Korea to get it.

The doctor prescribed two antibiotics and another inhaler – one with steroids in it which could cause Thrush in my mouth, so I had to brush my teeth and gargle immediately after every use. I was relieved this was probably another case of Bronchitis. However, the prescriptions did not improve my cough. Instead, it worsened. No longer having the energy to get up and disco dance or dream about the trampoline it was also getting harder to breathe. On several occasions Steven asked if I wanted to go to the hospital.

My answer was always NO. I was so afraid. Afraid #1 the hospital was on lockdown so Steven would not be able to stay with me nor could he visit. Afraid #2 I would be put on a gurney and left in one of the hallways of the hospital because of the alleged overcrowding. And, afraid #3 if I did not have COVID 19 I would be exposed to it there and die.

One morning though, I had to concede. It was harder than ever to breathe accompanied by  chills. Those were my symptoms. No fever, headache, muscle pain, or sore throat so I prayed it was a bad case of Bronchitis. Or pneumonia. Either one would be better than COVID. We had to get me to the hospital to figure out the problem.

At the emergency room doors we were greeted by a hospital employee who took control of me and told Steven he could not enter. It was frightening and heartbreaking to both of us. Steven stood outside and cried. What if I died and we never saw each other again?

With the exception of the staff, who were all in disposable gowns, gloves and masks, the emergency room was empty. It was just me and them. After a nurse took my vitals someone else pushed me down a long empty corridor into a glass enclosed examination room. I was told to put on one of those depressing hospital gowns before being interviewed by several different doctors, each at different times, about my history and current symptoms. I repeatedly told each of them I had a bad case of Bronchitis. Before long I was transported to an isolated room on a designated Coronavirus floor.

That was alarming. Why was I there? I would, for sure, become infected with the deadly virus. Was this the end?

Before long a nurse took blood from both arms and then hooked me up to an IV. The hospital did have the COVID test which involved sticking extra large Q-tips way up my nose which really hurt. Who thinks these things up?

By the end of the day the test came back. Positive. I had COVID 19.

How could that be when I had been quarantined in my master bedroom for so long?

Every day the nurse assigned to my care came to my room during meal times and several obnoxious hours when I was supposed to be sleeping. They phoned me in advance to see what else I might need before they brought my food, took my vitals and withdrew blood – all at the same visit. There was no going in and out of COVID rooms. To hopefully prevent the spread of the disease to the brave staff their gowns, masks and gloves were discarded every time they’d leave. Doctors rarely came to visit me. Instead they called to discuss my most recent lab results and ask how I felt. Several times one recommended I move to ICU – there they could intubate me. I said there was no fucking way anyone was going to intubate me and to make sure, I was not going there. Steven was a respiratory therapist before becoming a nurse and said long-term high-pressure ventilation would ruin my lungs if the virus did not. He was completely against it saying if high flow oxygen wasn’t enough to keep me alive their alternative would lead to a life I wouldn’t want to live.  We both agreed, no ventilator.  Doctors have since discovered that placing patients on ventilators is not the best treatment and may do more harm than good.

So, I decided. As bad as things were, I preferred my room without a view and, more importantly, the en-suite bathroom. It wasn’t aesthetically like any of ours at home but at least it was accessible. In ICU I was informed they would not let me out of bed to use the facilities. That just didn’t work for me!

There was no way I was going to take a dump in a bedpan with someone watching.

To stay alive I Facetimed Steven twenty times a day and sometimes in the middle of the night. He helped reduce the overwhelming fits of anxiety I often experienced. No matter what pill they gave me I didn’t sleep so I watched reruns of Law and Order SVU in the middle of the night. When I was first admitted, I watched the news, but the constant references to the numbers of people dying and the overcrowding in hospitals did more damage to my psyche than having the disease.  Imagine being alone in a sterile room with COVID which was terrifying  the whole world.  The medias constant and relentless doomsday reports did not give me one bit of hope for recovery.  What they did was scare the shit out of me and everyone who loved me.  There were predictions 100 million people would die. Mindless TV allowed me to escape this grim reality.

By the time I was being discharged from the hospital, Mariska Hargitay, the female star who played officer Benson, had been promoted from officer to captain.

The most horrific part of Covid 19 is the separation from family and friends.  Being sick and hospitalized brings anxiety under normal conditions. The fear of dying in the hospital, alone, impacted me tremendously as well as those who love me.  The shattering heartbreak of maybe being lucky enough to say goodbye over the phone was inexpressible. For those whose lives end this way my heart bleeds.

At the height of my illness Steven reached out to our friend who is an undertaker. Since COVID-19 even death has taken on a new meaning. Funerals were limited to 10 people. Who do you allow to attend? The body cannot be viewed. Steven wanted to be sure the last person who touched my body was someone who cared about me as a person and would be kind and loving. Our friend Brad was a godsend helping Steven develop the next steps if necessary. Steven was comforted to know that if I died, I would be treated with respect and love. These situations never had to be considered before COVID-19.  Our world has certainly changed. Fortunately, their plan never had to be carried out.