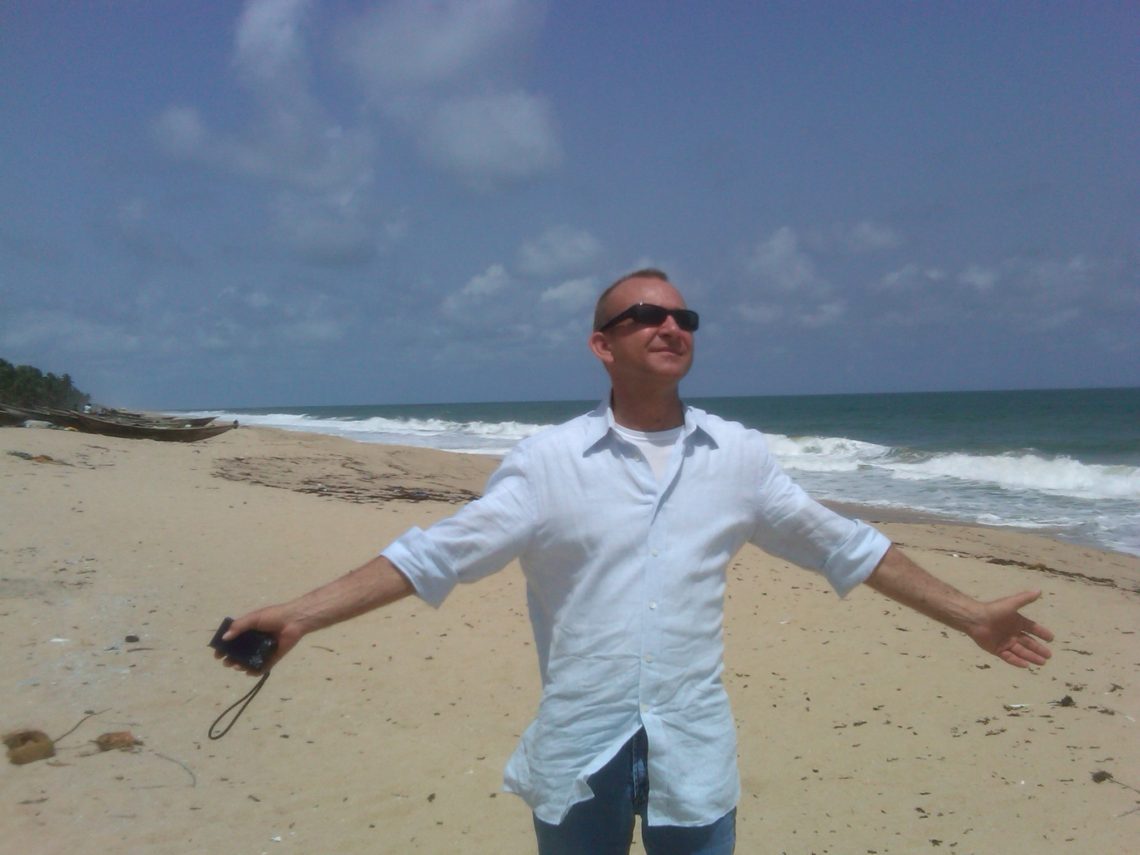 The other day I went for a walk with some friends ultimately ending up on the beach. We were having a late lunch at Whispers, this quaint restaurant right on the sand of Oak Street Beach. When looking out towards Lake Michigan it makes us feel like we are on vacation. Some sunny beach in the Caribbean where exotic drinks are served with Calypso music playing in the background.

How all of our lives have changed with the advent of the “virus”. Since my lungs recovered after being discharged from the hospital, I have been on-line every day trying to find some country who will allow Americans to enter. Being locked up with the rest of the country is not my idea of fun.  I was way over-due for some far away holiday. Interlochen (Switzerland). Valetta (Malta). In the meantime, Whispers, with a tremendous view of the lake, is as good as it gets.

I was wearing shorts. It’s August in Chicago. Hot and of course, humid. Like the tropics. My below the knee prosthetic was exposed for all the world to see. It has already been 8 years since I had my leg chopped off and I have finally gotten to the point where I don’t care who sees it. Some people stare. Others turn their heads to look away. Almost everyone wears a mask so it is hard to tell what they are really thinking.

As we neared our vacation destination, I spotted a young man who was walking with the help of a pair of forearm crutches. Coming from the opposite direction, he was a little bent over and his gait awkward. Maybe one of his hips or his back bothered him. Mine does. A million thoughts raced through my mind about his story but before I had a chance to finish my thinking, he walked up to me.

“Man, you are so cool…” He spat as he pulled down his mask to speak. Steven, Tere and I stepped back. Some Bob Marley song was playing at Whispers.

“Thanks,” I replied. It has been a long time since anyone said I was “cool”.

“How long have you had that?” he pointed.

“This one…” I looked down, “…I’ve had for about 5 years. But I had my leg chopped off in 2012.” In the United States, approximately 73,000 diabetics receive a lower limb amputation every year.

“Wow. That’s awesome. You are a role model.” Considering the doctors told my Mom, when I was first diagnosed with Type 1 Diabetes, that I probably wouldn’t make it to 40 – my age is pretty awesome.

“Here, look…” he leaned his crutches against a bench and bent down to pull up his faded jeans. He was wearing prosthetics on both legs. My heart sank. I couldn’t imagine what life would be like having to wear two prosthetics.

“How long have you had those?” I wondered. Statistics are if a diabetic has one amputation another will follow.

“I was born like this. But you are way older than me and you walk normal.”

“It depends on the day,” I replied. Last week I left a shoehorn inside my high-tops and walked about three miles without realizing it was there. I have no feeling in my remaining foot and had a hard time “walking normal” that day. When I finally made it home I took 2 Extra Strength Tylenol before removing my shoes. That’s when I discovered the shoehorn.

The Millennial made a fist and raised it in my direction. I made one too and we butted them together. He started to wobble and reclaimed his crutches. We said good bye like we were best friends. While I was on “vacation” I wondered if I was a role model. And was I really “cool” at 61. But most importantly, how lucky I am.

Everyone has a story. We must all be grateful for the lives we have. We must own them and realize things could always be worse. May your world be beautiful!