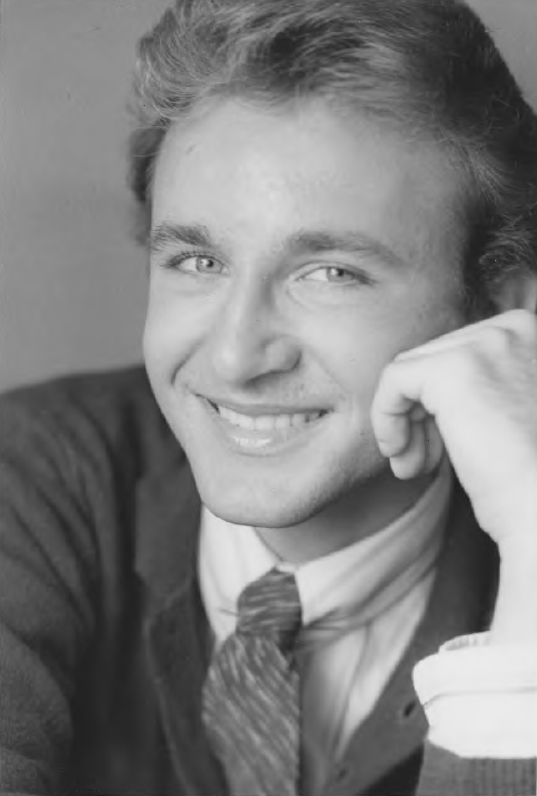 When I go through photos and cards from friends and family I am reminded  of some peculiar and outrageous stories that make me who I am today. Of them, I am proud. I am far from perfect. I have given my friends and family lots of reason to worry. Shit. Even I’ve worried. Really worried. I wish it wasn’t that way. Despite it all, I have tried to keep everyone who has been a part of my life at least entertained, shown a good time, made to laugh. Because, as Phyllis Diller once said, “a smile is a curve that sets everything straight..”

Well, maybe not everything.

I was born in Chicago August 21, 1959, the more-or-less firstborn of Ray and Jean Wiltgen.  An earlier son, Raymond Bruno, was stillborn. My Mom, who is in her 80’s, still goes to her baby’s cemetery.

Hawaii became a State the day I was born. Everyone was singing Mac the Knife. Gigi, starring Louis Jordan and Leslie Caron won Best Picture. Who would have thought one day I would work with both of them in the live theatre?  Cuban President Batista fled from Castro and his army outside Havana.  And Aunt Bea was there, with her first husband Manny, as machine guns were heard from the nearby foothills. She and Manny were in a burlesque theatre watching a live performance where, she says, she still remembers the guy having the biggest schlong she’d ever seen.

When I was a toddler, we lived in a tiny tract house on Aspen Street in Hoffman Estates, a modest suburb of Chicago carved from farmland to help solve the post-World War II housing demand for returning veterans. It had three little bedrooms, one bath, no powder room, a small living room, no family room, a dining area between the living room and kitchen, and a breakfast area. We had cheap Mid-century modern furniture – not the kind that sells for tons of money today at auction or on First Dibs. We played in our back yard that had a big willow tree which danced in the wind.

To reduce Mom’s stress caused from changing diapers, feeding babies, shopping for food for babies (way before Peapod), bathing babies, keeping track of babies, babies, babies, babies – one of her four sisters offered to care for me. Mom refused. I was 3,  talked  in complete sentences, and kept her company. There was no way she would let me go. And Cindy, well she had colic. Who wanted her? And Baby Ray? He was just a baby with red hair. Where did that come from?

So, I talked to her unless I was napping. I mean I was just a kid.  I was good at organizing things around the house for her. Once, I emptied the silverware drawer into the crib Cindy still lived in, climbed in with her and separated the knives from the spoons from the forks, etc. That is the meaning of family – we separate silverware.

The kids next door were our playmates. The dirt pile in their back yard was the reason why. We would build a fire there and throw shotgun shells we found in Dad’s dresser drawer (he used them for hunting pheasants) into the blaze, then wait for the explosion. It was fun but boy, did we get a whoop’n.

Our parents never hesitated to pull down our pants to give us a good spanking. Or worse – The Belt. That was before people began calling the Department of Family Services to report alleged child abuse. Threatened with The Belt, Ray and I quickly scrambled to the top bunk in our light blue bedroom and crawled into the corner to escape Dad. Which, by the way, was impossible. Our screams were loud enough to be heard in China.

We were just being kids, doing what kids do. No one told us not to make a fire or throw in shotgun shells. How were we supposed to know?

Those days we had our own little gang. Not a bad gang. Just a gang. When we went out to play, which is what kids did 50-some years ago, we were fearless. We played “Hide  ‘N Seek” in a corn field later transformed into Woodfield Mall, one of the largest shopping centers in the US.

My parents owned part of a night club. The part that didn’t make any money. The Club Mystic featured magicians who didn’t show up and hypnotists that, fresh out of school, could not hypnotize anyone. It was in River Forest, one of Chicago’s nicer suburbs. Many members of the Outfit thought so too. So, nice that feared mob boss Tony Accardo (Tony the Tuna) lived there and his family and friends often dropped by.

A national magazine featured the club as a place to visit when in the Chicago area. It was then  rumored Mayor Richard J. Daley would legalize gambling near O’Hare airport and all kinds of hotels with Las Vegas-style names opened up and down Mannheim Road. They all sported humungous grand ball rooms just waiting to become casinos.  The Sahara, owned by mob associate Manny Skar, with its way over the top “Gold Room” was the most famous.  His wife was my future “Aunt Bea” and some clients of mine, were married there. In fact, their’s was the very first wedding at the hotel.

A newspaper ad indicated that part ownership in the Club Mystic for sale. That caught my Dad’s attention.

The bar accommodated 100 patrons; tables seated 300 more. Besides performing magicians and hypnotists, there was a game in which an attractive young woman in a skimpy outfit stood behind a podium at a small dice table. Customers made small talk with her and rolled dice from a cup 13 times at a wager ranging from a 25-cents to $1 as the “girl” kept score. She probably knew the score, all right.  The payout was in drinks.

All this was done in a dark, dimly lit space.  After all, it WAS a magic club. The place had a menu but no cooks or kitchen. That was the best magic trick of all!

My parents would order food from a restaurant down the street. It was delivered through the back door, warmed if need be, plated and served to customers. This was long before the microwave hit the market so it wasn’t that easy.

Sometimes Mom and Dad would take me to the club when they didn’t have a babysitter. Who knows what they did with my sister and brother but those kids were too young to remember so I couldn’t ask them. Since I was there, I thought I would help. I made it my job to “bus” tables, clearing them when people left or were watching the stage. Sometimes my cuteness was good for the “house” and sometimes not, because in my eagerness I would occasionally walk away with patrons’ unfinished drinks. Considering some of the clientele, it’s a good thing I was just only a toddler. Talk about child labor. Kathy Lee Gifford had nothing on my family.

I was already a certified terror, but I delighted in the glittery surroundings and stage action of my second home. Chicago TV magician Marshall Brodien got his start there.  He played a wizard clown that performed on WGN-TV’s Bozo’s Circus and The Bozo Show from 1968-1994. Later, Brodien was the creator of TV Magic Cards. They resembled a regular playing card deck, except that the cards could also be shown as all the same card. Other tricks could be performed with the deck too. Over 17 million decks were sold before there was a Shop at Home Network. Marshall gave me and my brother Ray our own TV Magic Cards saying our decks contained extra magic.

A few of the hypnotists were good but most were awful. When there were no volunteers from the audience, my Mom would just “fake it.” My aunt Joanne would “fake” it too, but my Uncle Bob – her husband – became angry when one of the “artists” pulled a bra from her blouse.

Unfortunately, the club didn’t last long. Mom deemed it not the kind of business for people raising a family. The help kept stealing from the bar and by the time my parents and their partner finished paying “protection,” there was nothing left. That was when Dad started Coronet Carpets – a carpet laying business.

My entrepreneurship began as I set up shop in a ditch in front of our house after a rain and sold mud pies, but the market wasn’t ready for them. Mom suggested a Kool Aid stand instead. Why didn’t I think of that? I was always happiest running my own business, and by five was ever alert for ways to make money.

During the evening, when “the kids” were supposed to be sleeping, my Mom and Dad would watch TV in the living room, seated on an orange sofa with crooked wooden legs. Sometimes, I would crawl from my bed and secretly lay on the hallway floor watching Bewitched or The Ed Sullivan Show with them although they didn’t know it. Somehow, when I woke up in the morning, I would find myself back in my bed. More magic.

When I was about 6½ and Baby Ray was 4 something, he decided to conduct a scientific experiment (it’s no wonder he became an engineer)). He wanted to see whose mattress was higher from floor of  our shared bedroom with metal window frames above our dresser. Ray lit a candle and slid it under my bed – nothing happened. Then he did the same thing with his bed. It confirmed what he had always suspected – my bed was higher from the ground than his. He ran into the kitchen to tell our Mom his bed was on fire.

Putting a hand over the receiver, she said, “Can’t you see I am on the phone? Behave, or I’m gonna give you a whoop’n.” He even tugged at her skirt to get her attention. In those days, women wore skirts unless they were going hunting. Her phone chat continued until she saw smoke pouring from our bedroom.

“Jesus, Joseph and Mary!” accompanied the slam of the receiver.

“Jesus, Joseph and Mary!” – this time spoken with her hands on her long dark hair as if that would put out the blaze. She ran to the burning room then back into the kitchen to call the fire department. We were ushered from the house while the firefighters put out the flames and carried the smoking mattress to the backyard. Our neighbors watching from their windows returned to their televisions.

“I tried to tell you,” a tearful Baby Ray reminded Mom, his flaming red hair standing straight up from the top of his head. The odor lingered in the air. Wise beyond his years, Ray didn’t want this to be his fault. To be on the safe side, we both stayed out of our parents’ way for a week, although I’m sure Baby Ray’s pants were pulled down and he got The Belt. Seems like someone was always getting the Belt.  Well, except for Cindy. She was the girl. Blonde hair. Blue eyes. And innocent.